The role is fast-paced and demanding; attention to detail and the ability to work effectively under pressure are a necessity. Successful candidates will need to demonstrate excellent communication skills in both English and Spanish, as they will need to communicate with colleagues globally. Time management skills and existing knowledge of Fraud, KYC, AML/Compliance is an advantage.

What you will do:

Your application has been successfully submitted. 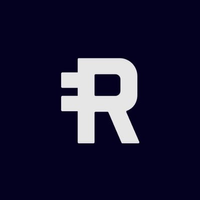 The Mission We’re building a stablecoin that can't be shut down, and a network of decentralized fiat on/off ramps. We believe that everyone’s money should be secure. Billions of people around the world don't have a safe place to store their money. Banks in some countries can't be trusted, and some governments inflate their own currency to pay off debts, hurting citizens in the process. With a few exceptions (money laundering, terrorist financing), we believe anyone in the world should be able to transact with anyone else. This requires low-friction, cross-border transactions, which are surprisingly hard to do in many cases today. That's the reason for creating a stable, decentralized currency that can’t be abused by a government, because it is globally distributed outside of anyone’s control, and thus nearly impossible to shut down.